The most successful organic product in Russia was vodka

The most successful product in terms of sales growth was vodka, the sale of which increased by 36 percent over the specified period. Sales of conventional, non-organic food rose only six percent.

The most successful product in terms of sales growth was vodka, the sale of which increased by 36 percent over the specified period. Sales of conventional, non-organic food rose only six percent. 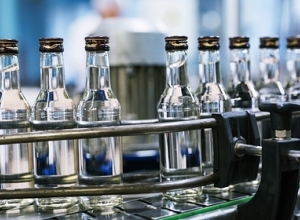 According to Russian law, organic products are products that do not use agrochemicals, pesticides, antibiotics, growth stimulants and similar substances. Issues appropriate certificates Roskachestvo.

The executive director of the National Organic Union, Oleg Mironenko, explained the success of vodka by the fact that in 2020 the largest exporters of organic wheat stopped its exports abroad due to the requirements of the Rosselkhoznadzor. The department
ordered to decontaminate the grain, and in the European Union such a procedure deprives the product of the status of organic.

As a result, alcohol producers in Russia bought significantly more organic wheat than before. Accordingly, the production of organic vodka has grown significantly.

At the same time, the executive director of the Union of Organic Farming, Sergey Korshunov, pointed out that vodka companies use an organic certificate to promote the brand, and besides, products can be sold for 20 percent more.

As for other organic products, sales of dairy products increased by five percent, meat by three percent, and cheese by one percent. In contrast, baby food sales fell 25 percent, and coffee sales fell 30 percent. In the turnover of the largest Russian chains, the share of organic products is 0.1 percent, while 80 percent of the market is occupied by imported products. In Germany, the share of organics is seven percent, in Denmark – 12 percent.

Earlier, the general director of Tatspirtprom, Ruslan Maksudov, predicted an increase in prices for vodka, since the cost of its production this year has increased by three percent – everything that is used in the process is becoming more expensive. At the same time, sales of vodka in the first six months of this year turned out to be record-breaking.