Wine poured from abroad. Beverage imports to Russia are recovering

Since the beginning of this year, the import of foreign wine to Russia has grown by almost a quarter, to 19 million decalitres. Importers have boosted shipments in an attempt to make up for last year’s drop due to the lockdown. At the same time, Russian winemakers, forced to use only local grapes, are losing market share, which has already fallen from 62% to 50%. Bad weather prevented this season: according to preliminary data, local growers lost up to 20% of their harvest. 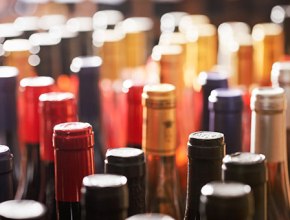 According to the results of January-July 2021, wine imports to Russia increased by 24.82% year-on-year, to 18.87 million decalitres, according to the presentation of the Ministry of Agriculture, which Kommersant has at its disposal. The main suppliers of wine to Russia – Spain, Georgia and France – generally retained their positions, Italy and Portugal increased their shares by several percentage points, the source of Kommersant in a large wine trading company clarifies.

The Ministry of Agriculture attributed the significant increase in imports this year to the effect of the low base of 2020, when the import of wine into the country was limited due to the lockdown due to COVID-19. Compared to January-July 2019, when 22 million decalitres of wine were imported, supplies decreased over the same period this year, the ministry explains.

Simple Group President Maxim Kashirin confirms that there were supply disruptions in the first half of 2020 due to restrictions. “Now there is a natural recovery of imports,” he adds. According to the businessman, Simple in January-July increased imports by double digits.

Beluga Group’s imports grew by 16% yoy in seven months, the company said. They explained that this year the importers decided to quickly increase the import of wine because of the new law. In July, a document clarifying certain wine terms and provisions came into force, and suppliers were afraid of the need to undergo re-certification.

Against this background, Moet Hennessy even announced the suspension of deliveries to the Russian Federation (see Kommersant of July 2). But already in August, the federal government allowed importers not to change the name of wines in applications for excise stamps in the Russian Federation.

Alexander Stavtsev, head of the WineRetail information center, agrees that the market is still recovering, primarily due to imports. He attributes the fall in Russian sparkling wine production to the high base effect of the first half of 2020, when winemakers were actively working to stock up before the law “On Winemaking” came into force last June, which allows only products made from Russian grapes to be called wine.

Leonid Popovich, President of the Union of Winegrowers and Winemakers of Russia, notes that grapes grow on average for five years, so Russian companies do not have the opportunity to quickly increase production. According to the Ministry of Agriculture, in 2020 there were 96.75 thousand vineyards in Russia. And this year, in a number of regions, the grape harvest suffered due to the weather. Krasnodar “Fanagoria”, for example, estimated preliminary losses due to heavy rains at 20% of the grape harvest, or about 6 thousand tons. Mr. Popovich says that while the harvest in the whole country is expected to be at the average annual level, but “the weather can make adjustments.”

At the same time, as Kommersant’s interlocutors in the industry reported, the wholesale prices for grapes for wine in Crimea rose from 60 rubles over the year due to a sharp increase in demand. up to 150 rubles, in the Krasnodar Territory – from 60–70 rubles. up to 100 rubles for 1 kg (see “Kommersant” dated August 12). As Alexander Stavtsev notes, the conjuncture of the Russian wine market is now developing in favor of imports. According to him, earlier foreign wines accounted for about 38%, now it is about 50%. Mr. Popovich hopes that Russian producers will keep their share at the current level.